Why can’t I keep the weight off? 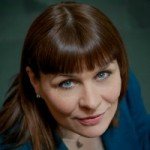 If you, like millions of others, have been trying and failing for years to change your eating habits/lose weight/improve your digestion, I would like to offer you a new way to look at this.

Think of your desire to change as a game. A tug of war, to be precise.

Imagine that your desire to change (and it doesn’t have to be an eating/ weight issue – this applies to quitting smoking, making more money etc) as a mental force. It is represented by a small team of 3 people. Let’s call it the Change Team.

If this change has not happened – in spite of extensive effort on your part – then it’s safe to say that you have some (or a lot of) internal resistance to this change.

Let’s imagine that resistance force as another team of people pitted against your team of 3 in a tug of war.

Now I want you to imagine how many people are on the Resistance Team. What do they look like?

When I was in my deepest enslavement to my eating compulsion, my Resistance Team looked like a rugby team, that’s to say bigger and outnumbering my Change Team 3 to 1.

In this tug of war, who’s going to win? The Resistance Team of course.

It’s your resistance, not your perceived personal failings or lack of willpower (or any other bullshit PR you spin in your efforts to push yourself back into being a Good Girl) that is blocking that change you so desperately want to make.

It’s also where the real action is.

You see, resistance is an energy that part of your mind is creating. This is so much easier to tackle than the usual mantra of “I’ve just got no willpower” or “I’m a failure” which both frame your struggle in terms of you being defective. Wouldn’t you rather rechannel your mental energy than try to mend a defect you can’t even understand?

A great place to start is Steven Pressfeld’s book The War of Art. It’s all about how dealing with resistance is THE key to success. Although it focuses on writer’s block, the lessons for creating change are universal. It’s a short read, and very accessible.

This book will help you move from the I’m defective myth to the far more clear-eyed state of I’m resisting. But I found that Pressfeld doesn’t get to the heart of the matter. He is very into waging a war against resistance, and his solution is to plough on with your book/diet/career plans, however seductive the distractions around you are.

This, of course, is a very masculine approach. It was of zero use to me. To return to our two tug of war analogy, trying harder won’t make a scrap of difference. You’ve got a team of 3, and Resistance has a much bigger, stronger team of 15.

Initially (and that’s when it most matters) your conscious efforts cannot override your resistance. Isn’t that the very game you’ve been losing for all these months, or years, or decades? Diets ditched after a week. Lose the weight, then mysteriously pile it on again. Do the cleanse and see your digestive problems disappear…only to return when you revert to your usual diet.

How do you win that tug of war, when your Change Team is so vastly inferior to the Resistance Team?

Here’s how: by getting the Resistance Team to stop tugging.

Get curious. Sit down for peace talks with your resistance. There must be some reason you have pitted such a strong rugby team against your puny Change Team.

Your sugar addiction is not some mysterious force that is pinning you down. The wine shop round the corner that is the nightly undoing of your good work with eating was not put there by order of the government. Your friend who always brings you chocolate because she knows you love it is not responsible for you eating it. You are not a helpless victim.

True, there is an addiction gene – but you are in charge of whether it rules your life, or you manage it. We are born with the raw materials that we are born with – no point moaning about it.

Is the question of why you have created so much resistance to the thing you really, really want an easy one to answer? It depends. I can tell you that it wasn’t remotely easy for me to get to grips with. But I kept plugging my curiosity into that seemingly immoveable rugby team, and they did eventually let go of the rope.

The need for protection lay at the heart of my resistance. Protection from success. From male sexual energy. From relaxing, which – unbeknownst to my conscious mind – equaled letting down my guard. My excess weight was a big protective suit against Life. Deep down, I believed I needed it as much as an astronaut needs their spacesuit. That belief was, of course, invisible to me.

Holding onto excess weight as a protective measure is extremely common, especially if you have experienced sexual abuse. Just growing up in our over-sexualised, enslave-yourself-to-the-Photoshop-beauty-ideal world makes many women feel unsafe sexually.

The good news, the shining beacon hope lighting up this depressive fact, is that this is completely reversible. Taking off that protective fat suit is an option available to everyone. It’s not about erasing the vulnerable feelings, but transforming them and learning to deal with the discomfort they trigger in ways that don’t involve food.

I still get resistance, but it’s much less than previously. My Change Team has grown in both size and strength, while the rugby players have dwindled both in terms of numbers and muscle mass. But I can tell you this never would have happened had I not kept asking (with curiosity, not criticism) why I was engineering my own failure. And I kept on asking…again…and again…and again.