Why Have You Been Given This Card?

My name is Harriet Morris and I am the creator of The Body Confident Project.

This project aims to answer the following question: Can any woman start to accept her appearance in less than a month?

In the last few months since I started doing this project both for myself, my coaching clients and other women, I have discovered that the answer to that question is a resounding YES.

Listen to these real women's experiences: 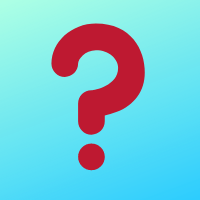 What is The Body Confident Project?

The aim is to answer the question: Can you start to accept your body in less than a month?

When you join this project, you get a series of emails with practical activities, stories and journalling exercises (not to mention a dash of comedy).

You will be learning through video, audio and written content that will take you 10 minutes a day or less to go through.

Why Were You Given This Card?

The idea for the You Look Great card was inspired by a story told to me by one of the first participants in The Body Confident Project.

One of the first activities in the project is called She Looks Great.

This is a thought experiment that you do whenever you are out and about. It is very simple, but surprisingly powerful at dismantling the size-zero brainwashing the diet and beauty industries have been attempting on us women for years.  It is all about accepting and appreciating other women, whether they look like a supermodel or not...which is, let's face it, about 99% of the women you will pass in the street.

The effect of doing this thought experiment was so positive on some participants that for example one lady, Rachel, said to me: I really wanted to tell someone the other day how great she looked. Do you think I should?

My first reaction was NO! We are British after all (momentarily ignoring the fact that I also have project participants in The US, Australia and Ireland).

Then one day my friend Emily told me this story:

"I was having a drink in a hotel yesterday. There was an old lady sitting on her own. I went up to her and told her she looked beautiful. She replied that it was her 50th wedding anniversary and that she was waiting for her family and friends to arrive and was nervous about if she looked OK."

Emily totally ignored my stupid advice and made that lady’s day.

I realised that there must be a way to give other women a boost like this.

And so the idea of the You Look Great card was born.

This card was given to you because either I or someone else doing the Body Confident Project saw you and thought Hey! She looks great!

These cards are NOT about You must be a beautiful person on the inside.....NOT about It’s the personality that counts...these cards are about telling you that the person who gave you this card simply thinks...you look great.

#1 Pay it forward: pass the card on to someone who you think looks great.

Just let me have your email address here below, and you can get going immediately.

Let me know where to send the emails to

We value your privacy and would never spam you