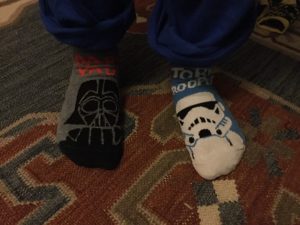 In none of the Star Wars films do you ever see Darth Vader have a binge.

And I am going to explain why right now.

Was it because he was too busy trying to destroy the rebel alliance? Had a secret drinking problem instead? Did his work give him a buzz that junk food never could?

The title of this post is quite tongue in cheek, but the point I want to make is really important.

I have written before about my 8 year old son Tom. He was always behind developmentally; walking, toileting, socially and verbally. I remember when he was four asking him to tell me the colour of a green tractor.

I was devastated, not helped by all the stories I read at the time – if a child cannot speak by the age of 5, they never will.

The other day I was looking for some socks for him and could only find Darth Vader and Stormtrooper ones. (That’ll be why the mother of the year award is still in the post I suppose…)

Tom put these on,  looked down at his George Lucas-clad feet and announced: “It’s a sock army”.

I never would have believed that the same child who could neither identify the colour green nor even pronounce the wrong word for it would become the sparky, funny, imaginative boy he is today.

How I wish I could go back and tell this to myself four years ago.

I could not see this future for Tom…but it was there anyway waiting for him.

It is the same with our eating problems. It is so easy to get mired in the history you have experienced, and the stories you tell yourself about why that history has unfolded in the way it has.

My son was not stupid: he has autism and can easily suffer sensory overload. He just took longer to develop than most kids.

You are not greedy, weak-willed or lacking determination: you learned at some point that food is an outdated coping mechanism for whatever life throws at you. And that you can absolutely find other coping mechanisms.

Just as Tom needed greater resources than, say, his brother to maximise his potential, it is my guess that you need to start reframing your problems; to find the clues hidden within them to help you not only eat better, but live better.

Every time I see Darth Vader I think of the future that I could not see but was there waiting in the wings anyway: for Tom and for you.

If you are ready to explore how one-to-one coaching could help you do exactly that, you can find out more here. 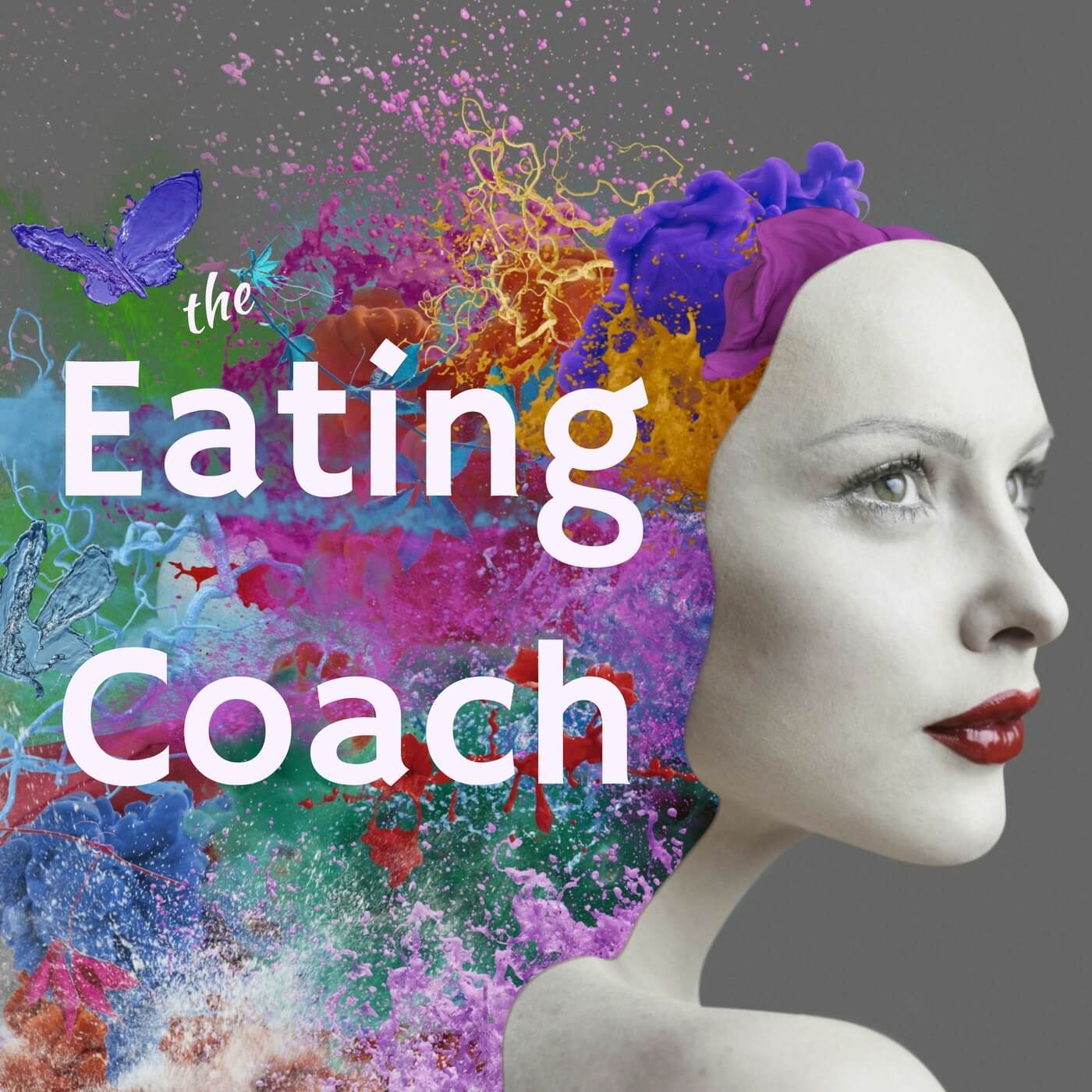