What If Harry Potter’s Wand Had Not Broken at Bathilda Bagshot’s House?

In The Deathly Hallows, Harry and Hermoine visit Godric’s Hollow on Christmas Eve, in their

search for the Horcruxes. It is here that Voldemort lures them into Bathilda Bagshot’s house where they narrowly avoid being killed. Harry’s wand is not so lucky, and breaks beyond repair.

But what would have happened if Harry’s wand had survived Nagini’s vicious attack?

My guess is that Harry would have less impetus to take Draco’s wand, during their escape from Malfoy Manor with Dobby, Ron and Griphook.

And if Harry had not taken Draco’s wand…he would not have been the possessor of The Deathly Hallows (because Draco was at that point the true master of The Elder Wand, having disarmed Dumbledore just before Snape killed him. Harry had the invisibility cape and the resurrection stone, which Dumbledore gave him hidden in the snitch he left Harry in his will).

Who knows if being the possessor of The Deathly Hallows affected his ability to triumph over Voldemort?

My feeling is that he would have still been protected from Voldemort. I explain in this article the true significance of Voldemort but for now, I think the important thing is this:

The knowledge that he was in this unique position (possessing The Hallows) gave Harry the choice to destroy their power. The stone he leaves in the forest, the wand he throws away – it is the cape alone that survives.

Why is it so important that Harry disperse The Hallows?

Because true power does not come from the tools we have at our disposal.

It comes from standing up to our own demons and proving to ourselves that they have no power over us. This is at the heart of JK Rowling’s phenomenal success – we all have our own personal Voldemorts hidden in the depths of our souls, sources of terror that are to a great extent creations of our own imagination.

I explain more about this here.

* How to turn your self sabotage on its head 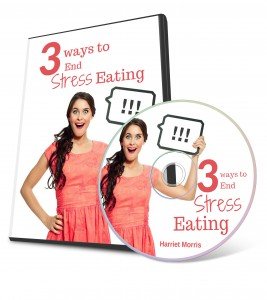 * What mood hijacker foods are

Just let me know where to send the videos: