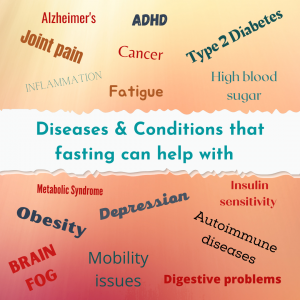 My name is Harriet Morris. I am the creator of Motivational Fasting. 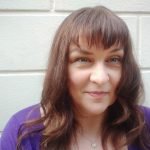 You can read more about what MF is in this article

I am writing a book on fasting and intermittent fasting and I would like to make it as useful as possible by getting input from people who are interested in this subject.

This will take only 15 minutes.

WHAT IS IT ABOUT? People are struggling unnecessarily with fasting and intermittent fasting because they are drawing on sources of motivation (like quick fix results, puritanical diet as a spritual cleanse thinking , and self trash talk) that create self sabotage.

When you replace these with more empowering sources of motivation, it gets easier and you fall in love with it.

I would like to ask you some questions about where you are struggling with IF or fasting. This can be done by email, on zoom or on the phone.

In return I would like to offer you help. You can choose from some group coaching sessions I will be running or ideas from the book as I write it - or both.

The sessions will be

If you are interested, please email me : info {at} theshiftinside.com  with Book as the subject line or just use my contact form letting me know if you want to answer my questions by email or in a conversation and we can get the ball rolling.

Here is The Start of The Introduction...

Correction: one person thought it was brilliant: Eddie Izzard.

Everyone else thought it was just plain crazy.

I am definitely in the “What were they thinking?” camp, but just as every cliche contains a nugget of truth, Eddie’s insanathon around The British Isles contains a pearl of wisdom.

In her autobiography Believe Me, Izzard says

At the beginning of the challenge, I was a complete mess. I suspected this would happen, but I kept at it and eventually figured out that it takes about 10 marathons to train your body to run multiple marathons. After about the 10th marathon, your mind and body sync up, and they get you match-fit. The brain goes, okay, let's do this. We're doing this one marathon a day thing. It also switches on faster body healing abilities.

The way I have approached fasting and intermittent fasting is the polar opposite of Eddie’s extreme immersion into the world of long-distance running, but I really got what she meant about it taking ten marathons to get used to running multiple marathons.

Both Eddie and I reached a point where we crossed some barrier, where constantly just consistently turning up and doing the thing meant that one day it just felt easier. The day when for the first time, it wasn’t such a constant struggle. Where conscious competence starts to morph beautifully into unconscious competence.

I call this the Eddie Effect. Our deeply ingrained ability to reach the Get Used To point, or GUT point.

For me, it was the moment during a fast when I realised that although I was technically hungry, I had no appetite. I had no interest in doing anything about it.

Another GUT point was during a different fast, about ten minutes into the film Fantastic Beasts and Where To Find Them, when I realised that the hunger that had been really quite uncomfortable 15 minutes earlier had been replaced by  fascination with the stunning visuals and gorgeous costumes.

You have reached the GUT point for more things than you can remember. With driving. With using the new computer programme at work. With any sports you play. Crochet, ju jitsu and speaking Klingon. And further back, the skills you can’t even remember learning: speaking, walking, reading, writing, swimming, riding a bike.

You get the idea.

As a human being, you have been programmed to be able to do a number of things.

Reach the GUT point is one of them.

Once you can do a turn in the road whilst learning to drive, or took half the time you used to work that computer programme, you get a boost of confidence that powers you forward.

This book will help you tap into your evolutionary programming and reach the GUT point - but without the extremism of Eddie’s Comic Relief challenge. She has a long history of enjoying doing things that nobody has done before (like coming out as trans decades ago without pigeonholing herself into a drag queen box, and taking a show to the Edinburgh Fringe festival with no support, no clue how to do it and definitely no Google to ask – it hadn’t been invented back in the 80s).

I, on the other hand, was deeply compulsive and terrified of being hungry when I did my first intermittent fast. I had been coaching binge eaters and sugar addicts for years, but I was now myself pretty compulsive (Stuff your face: the COVID stress special) I had come out on my podcast as compulsive.

No such thrill of massive challenges for me. You will find no zero to 100 hour fasts here. I went one step at a time. But because I understood how to reach the GUT point and the factors that block this process, I reached it within weeks.

The reason people struggle with fasting and intermittent fasting is that they unwittingly block themselves from reaching the GUT point.

What most people think will motivate them to fast is actually making it harder.

The problem is that when it comes to not just fasting, but all dietary change, the period from complete beginner to the GUT point has been corrupted.It's been made much more difficult than it needs to be.

We've all been sold a story of transformation that is unrealistic.

A story of fasting and intermittent fasting requiring superhuman levels of self-discipline and Olympian willpower. This is absolutely wrong.

This book is going to help you change all that.

We will explore the reasons that you have been unwittingly blocking yourself from accessing the GUT point.

(If you are rolling your eyes and thinking What’s the catch?, don’t worry – I’m not trying to sell you an easy lie that any fool could do it. There are challenges. There is discomfort. It is just that these are the type of challenges and discomfort that get easier and empower you.

I will show you how to ditch the wrong type of motivation that is turning this important skill into an unnecessarily struggle. And I'm going to show you the right kind of motivation, the motivation that I've tapped into in order to turn this challenge into a fantastic adventure.

I have integrated fasting and intermittent fasting into my life, using no willpower and zero self-discipline. I've gone from absolutely terrified of being hungry before my first 16 hour intermittent fast to nowadays talking about doing an extended day fast in the way that other people talk about going down to the shops.

If you are interested, please email me : info {at} theshiftinside.com  with Book as the subject line or just use my contact form letting me know if you want to answer my questions by email or in a conversation and we can get the ball rolling. 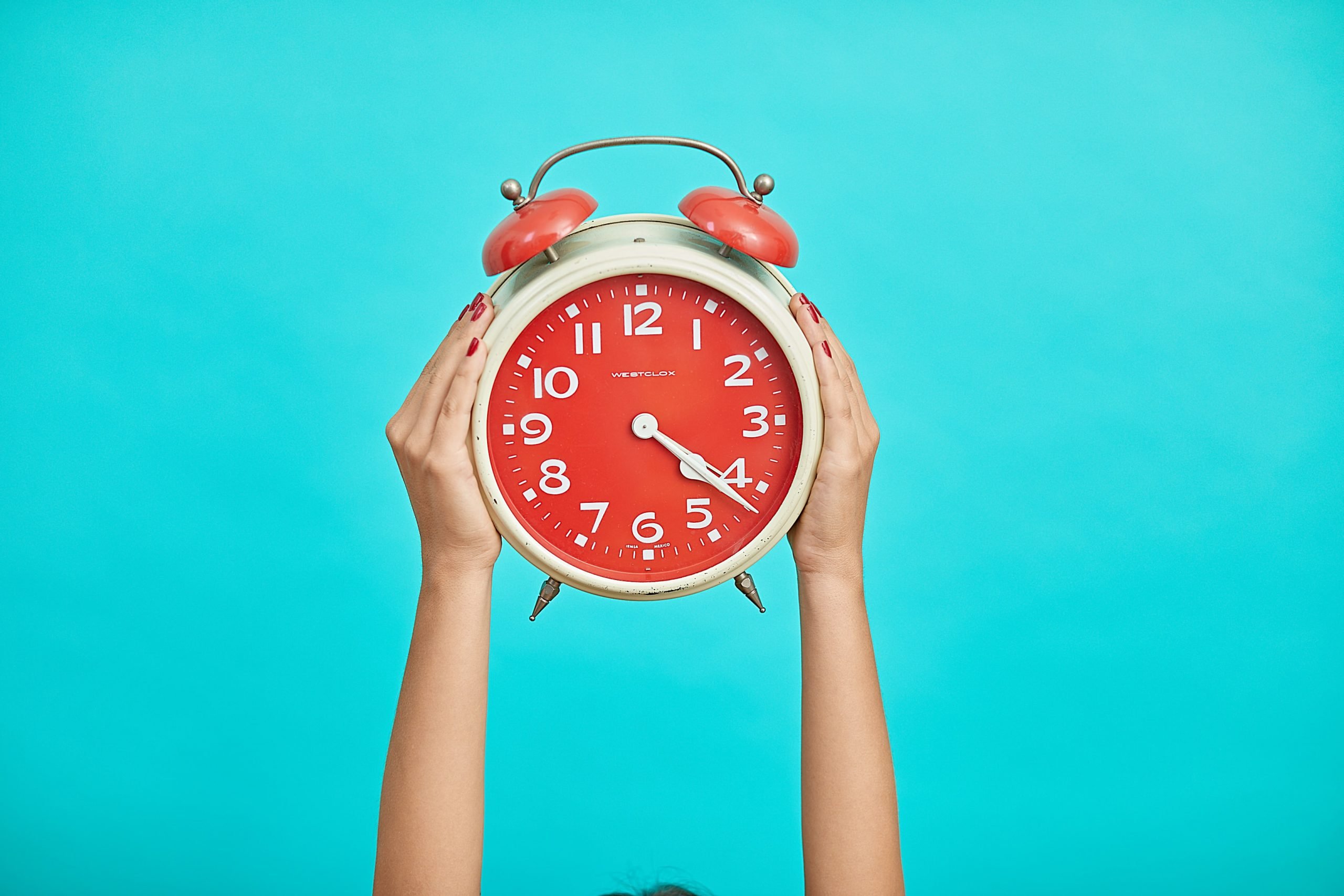 I finally did it! My first 24 hour fast. Harriet helped me reach the mindset and confidence to simply slide into this opportunity yesterday. I felt good and even drove for over 2 hours at night with good focus.

I’m very happy to have this experience under my belt and I’m looking forward to do my second one in in a couple of weeks.

What Is This Motivational Fasting All About Then?

I have written a short article about it which you can read here.

You can also listen to the Motivational Fasting podcast

I come from a background of food compulsion. I was a binge eater for years. in 2012, I gave up 95% sugar I used to eat, using zero self belief and a strong dose of curiosity and experimentation. I have never gone back. I have been coaching food compulsives for over 7 years, and my podcast (The Eating Coach) has had over 200,000 downloads. I have been able to help many people neutralise their attitude to self sabotage and addiction.

I applied what I know about food compulsion to the obstacles that fasting presents and in Motivational Fasting, I believe I have created something both urgently necessary and super exciting. Fasting is the greatest health tool available in the 21st century and there really is no need to struggle to access this engine of awesomeness!

That is great! I am not publicising this offer, but you are welcome to pass this link on. 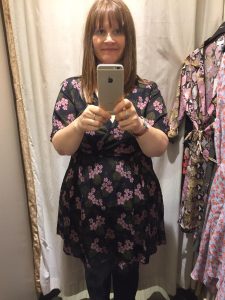 Harriet helped me experiment with my intermittent fasting eating window, without putting pressure on myself. I was surprised at how I didn't really feel hungry. It was great to just try this out and see how it felt. 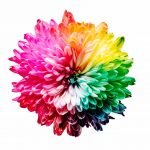 Harriet is a brilliant motivational fasting coach. I have done intermittent fasting on and off for a few years, but I often used to feel I was missing out. I hated the feeling that I couldn’t eat whenever I wanted at the start of a fast; my inner-rebel would kick off. A few sessions with Harriet and that totally changed.

Within a few weeks, my fasting windows went from variable to a consistent 20-hours each day. Fasting feels easier and I’m much more relaxed about it.

My trousers and clothes feel looser but the biggest win has been the focus it gives me during the working day. Harriet’s practical suggestions for managing hunger and prolonging a fast easily are like nuggets of gold. They work!

Harriet Has Been Featured In...