After a couple of previous attempts at finding the best food rebel-proof menu planning and get -yourself-to-actually -cook properly (even with a busy life) method, this is the most user-friendly way to organise your meals that I have devised.

Set aside 30-60 min (you only need do this once) and brainstorm any possible meals you want to eat. Not just for next week: this is going to be a menu archive, a master list of meals you will pick and choose from every time you menu plan. 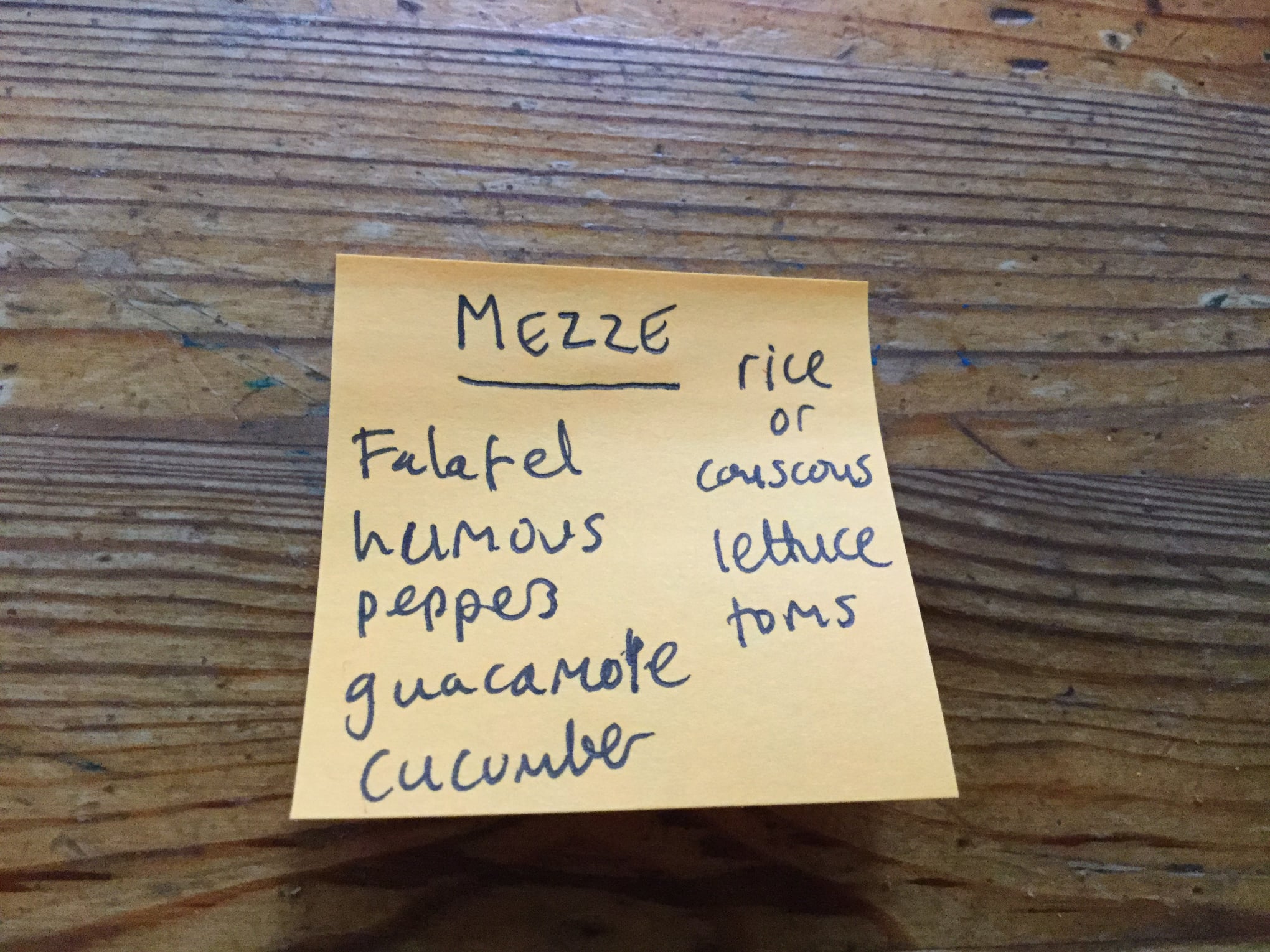 I put all the post its into a notebook. 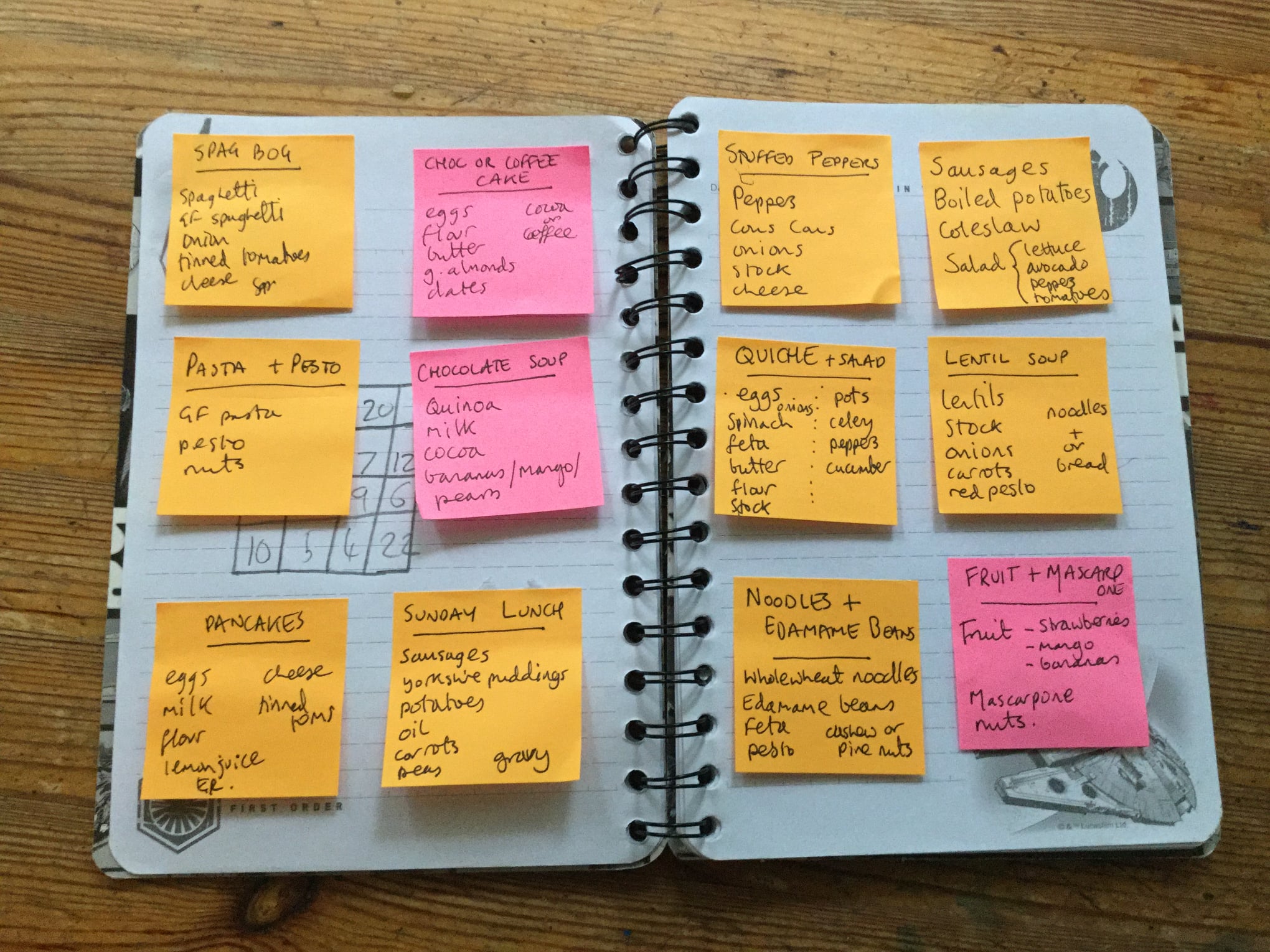 Feel free to include meals that are not 100% healthy. It is important that you have choice, variety and pleasure because your inner food rebel will have, well, nothing to rebel against. We can discuss the details of what these meals could be in sessions.

NB You may need to get some cookbooks out and do this step in two sessions.

IMPORTANT: If you like batch cooking one day for the whole week, you will need to take this into account when choosing your meals.

Now you are going to create a menu for a set number of days. I do this by taking post its from the master menu and transferring to another piece of paper. 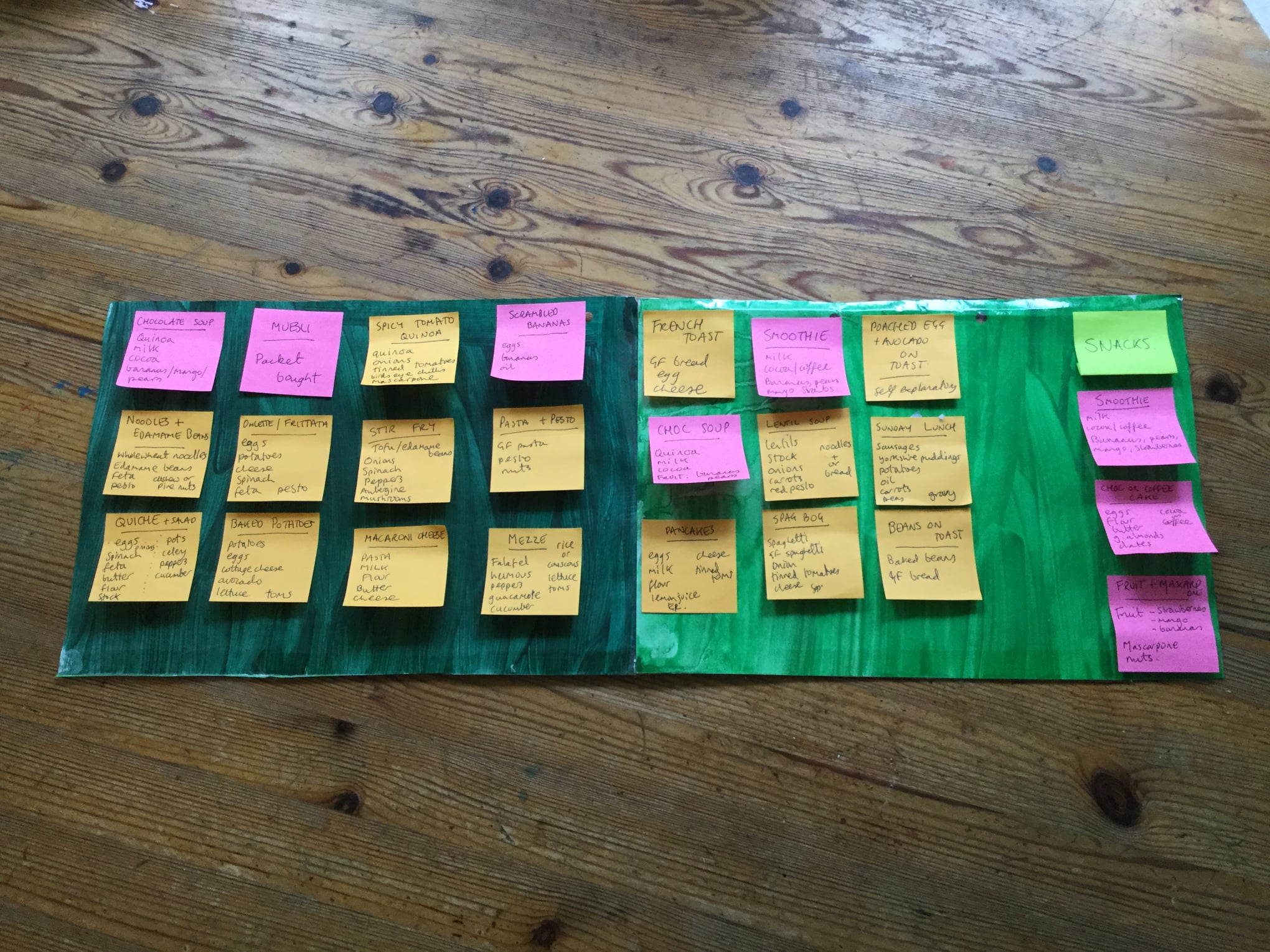 I like doing this for a week (as in the above image which has 7 columns - each for a day) , but that may feel challenging. Make it 3 days if that feels easier.

I also add a snack column.

I like to do it a couple of days before the week I am planning for, on the same day every week.

IMPORTANT: In mine and some clients’ experience, designating meals for specific days can backfire.

It is a matter of individual needs/preference. Maybe designating certain meals for certain days makes you feel more secure. What works for me is NOT doing this, but instead having all my meals for a week on a piece of paper, and choosing the day before what the main meal will be.

You can see here that each column has 3 meals. I do not stick rigidly to one column = one day but I might pick and choose between columns. 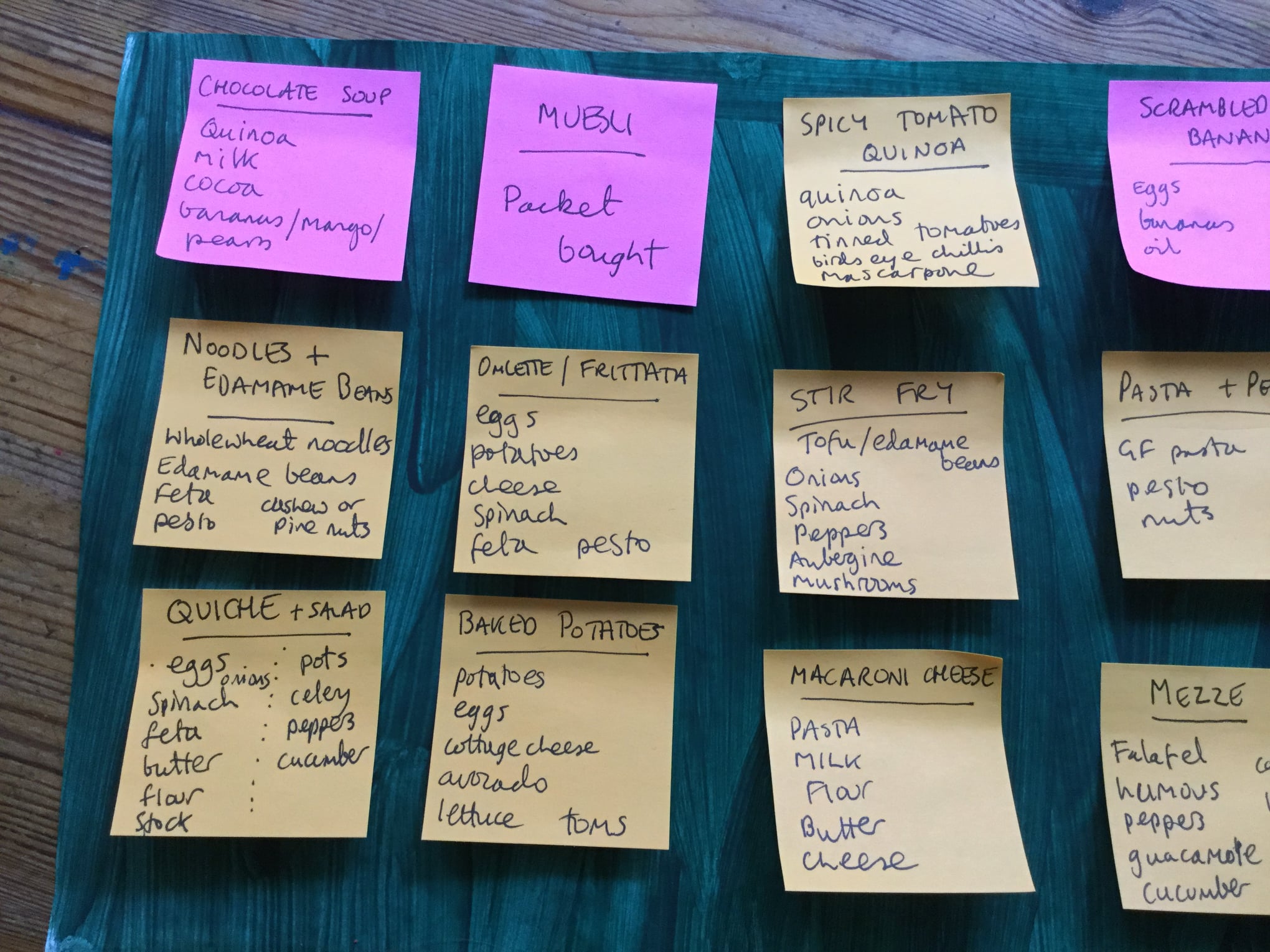 I love online grocery shopping, so I have the website open and input what I need as I transfer each post it and create next week’s menu. It is super easy because I have already listed the ingredients on each post it.

About 80% of my resistance to this process lived in the part of my brain called ‘Don’t have time to cook’.

The game changer for me involved some acceptance. Acceptance that I had to stand up to that ‘don’t have time’ voice, to ignore it.

What happened the first week was that other things like filling the dishwasher ate into the hour. One night after doing the master menu and shopping order, I could not do any cooking anyway as I was waiting a couple of days for the delivery.

So I definitely did less than 4 hours, but I had decided that 8-9pm was ringfenced for domestic stuff. I even did a bit of filing one evening!

I have found that my resistance to cooking has really dwindled, because my rule is simple: 8-9, Monday to Thursday is domestic time.

As I write this, it is a very busy time, with me just about to release a product that is very personally important to me (The Body Confident Project) and about 3 weeks since I wrote everything above.

Last week’s online shop was based on the previous week’s menu.

The last 2 nights I have done zero cooking!

However, because I have not missed the weekly Wednesday online shop, I have everything I need to cook some decent meals. Yesterday morning I cooked as I was getting ready for the day, and I managed to get a bit done mid afternoon.

The lesson here is that because I have most of the parts in place (the post its and the online shopping done, plus a few frozen meals from batch cooking last week), I can still manage well enough without the 8pm cooking date with myself.