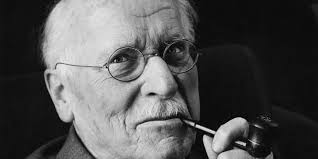 Jung's Archetypes - The Key To Freedom

Carl Jung was the first great mind to discuss the concept of archetypes.

An archetype you can think of a role you play in some area of life.

Jung noted that within the collective unconscious there exist a number of archetypes which we can all recognise. An archetype is the model image of a person or role and includes the mother figure, father, wise old man and clown/joker, amongst others. The mother figure, for example, has caring qualities; she is dependable and compassionate. We all hold similar ideas of the mother figure and we see her across cultures and in our language - such as the term 'mother nature'.

You can ‘become’ multiple archetypes in a single day. Interestingly, the archetype for chaotic or compulsive or binge eating is the devouring wolf.

There are, however some archetypes that are age-appropriate. Everyone is at these stages depending on their age and stage of life.

They are for women The Princess and The Queen

for men The Prince and The King

To read further about your own archetypes...