How To Stop Emotional Eating Part 4

Many people I coach find that the ‘reclaim’ part of ‘reclaim your life from food’ involves speaking their truth.

But what exactly is this?

Speaking your truth means telling your mother/boss/partner/brother that you are no longer going to put up with the way they treat you.

It means whistle blowing at work if you – or anyone else – is being bullied.

It might mean confronting the relative who abused you as a child – as well as telling the rest of the family.

It might mean telling a truth you have kept secret for year that you are ashamed of.

It is a way to repair your boundaries and move your rage at your parents out of your system.

It is a way to compensate for appropriate shame you might feel about how you treated someone in the past.

When you don't speak your truth, you disallow your integrity, deny yourself the right to be heard, and ensure that the unexpressed rage you feel never gets processed, leaving it stuck in your emotional system.

Nobody else can tell you to speak your truth. You know it has to be done because you feel impelled to. It won’t let you rest. It feels like it has to be told.

One day a few years ago, I was taking my young son out in the car. We were driving through our neighbourhood at a pretty slow pace (built up area, lots of parked cars). Suddenly, another car shot out of a side road and straight across our path before skidding into a driveway to our left. There was probably about 5cm separating us from a collision.

I gaped in shock at the driver, who clearly had decided his job that day would be fulfilling the stereotype of the young, male road hog. He smiled back and waved an amicable hand in a gesture of thanks. Being British, and living in a world that dare not speak its truth, I drove on, fuelled by a mounting sense of rage and injustice on the part of my son.

All afternoon I could think of nothing else; see nothing but that infuriatingly smug hand gesture.

My normal course of action in this situation used to be 'do nothing'. A great way to not speak my truth. My rage would then get so overwhelming that I moved up a notch in assertiveness to 'do something anonymously' (for example, put an unsigned note through his door), which is another great way to not speak your truth, but plaster a thin veneer of moral superiority over your silence.

So I was all geared up to send the anonymous note, but somehow that was now as inadequate as doing nothing.

I went back to The Language of Emotions by Karla McLaren, which is an invaluable reference for the functions of all the emotions. Anger, it informed me, arises when one of our boundaries has been breached. The emotion is a warning light allowing you to repair that boundary and protect yourself. I realised that to repair this boundary (that of my children being safe) I had to speak my truth. To his face.

So I went round and knocked on this young man's door. It felt terrifying. The terror was due to the fact that I had delayed my response to his reckless driving, and so impaired my instincts. The best course of action would have been to speak to (OK, shout at) him straight after our near miss - but this action, delayed as it was, represented a giant step forward for me.

Instead of the expected feeling of huge relief (no conflict – hurray!), an entirely new and very stubborn feeling swept through me:

I had a choice. I could keep going round to this house, hoping to catch Driver of The Year at home, and let my mounting rage eat away at me - or I could write a signed note which included my address and phone number.

I choose the second option. It turned out to be the best way to navigate both my rage and need to speak my truth. Signing the note said 'my needs are important and I'm honouring them’. But the note also drew a line under the episode. I'd got the message in the anger, and learnt a way to act on my free-flowing fear (next time something like this happens, I know what to do: rage, scream and shout at the time I feel the anger). Endless trips to an unanswered door would only have increased my need to control his response. All I had the power to do was honour my needs and speak my truth. As it turned out, this was all I needed to do.

Consciously channelling my anger and speaking out - even in written form - allowed me to mentally leave this incident behind me. I can honestly say the whole thing stopped troubling me straight away. I only remember it so vividly because it was the first time I positively channelled a difficult emotion. Life is so much easier now .

Accepting that stuck anxiety has played a (up to this point) vital role in your survival - as you perceived it - allows you to stop fighting it. When you left primary or grade school, did you scream and shout about the move? Or did you recognise it was time

to move on to a new school? The same holds true for job promotions and many other ways you can up your game in life.

Speaking your truth is part of the deep soul mining that allows you to up your game in the most powerful way possible.

But it is one of the most liberating things you can do for yourself.

Because it feels quite nerve-wracking, and people around you are probably not doing it (past adolescence when it runs amok!), speaking the truth can feel quite lonely. Therefore you may need to look for examples in literature and films to give you courage.

Below are some examples. I have been careful to not include major spoilers, although some plot points are obviously included. Basically I don't give the ending of any of these films away. 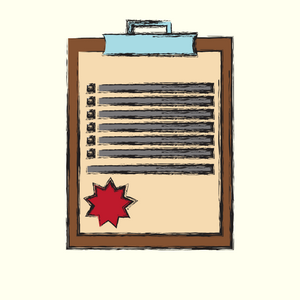 BONUS: Find out what The Sugar Rollercoaster is

...and why it is playing merry hell with your mind, body & emotions